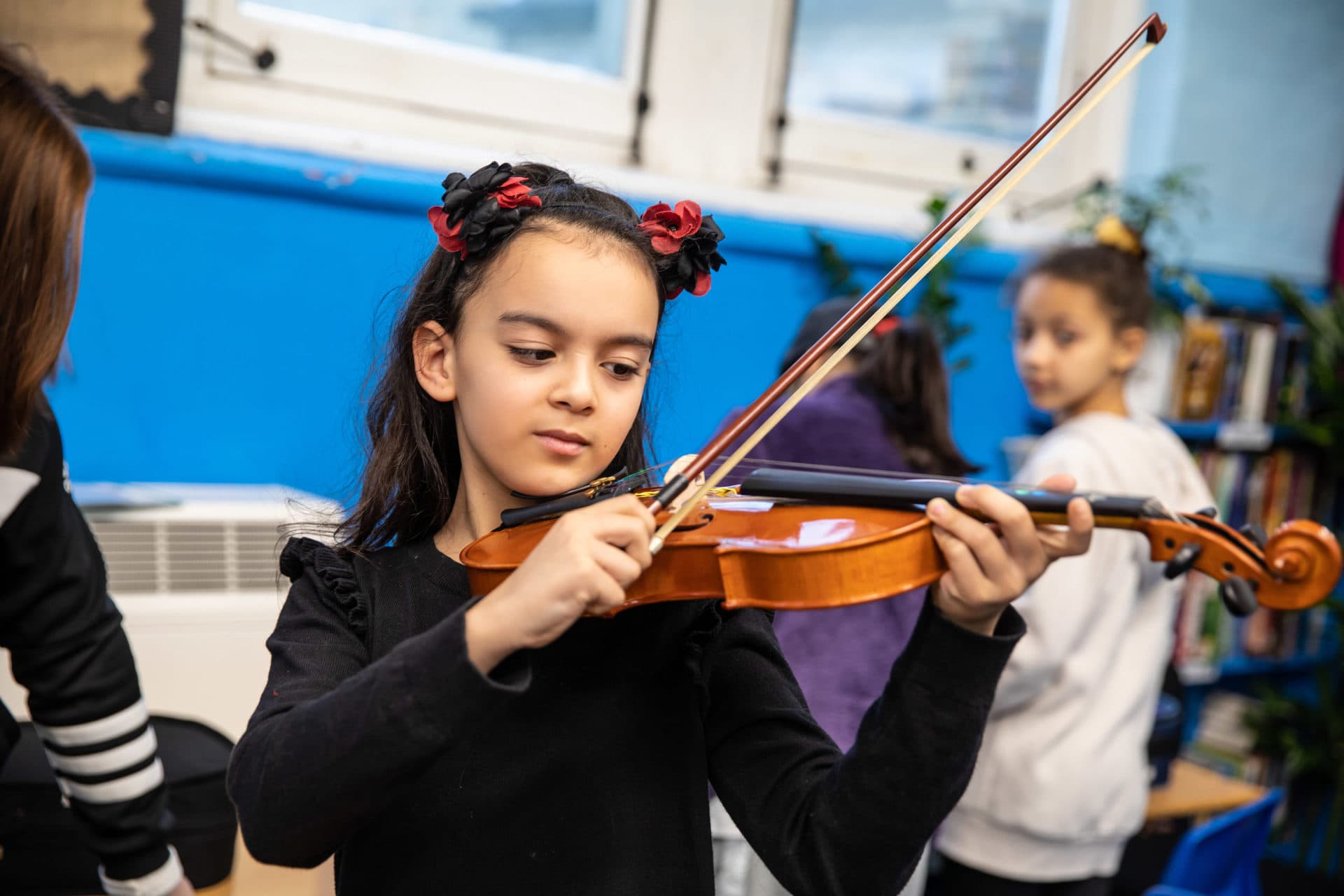 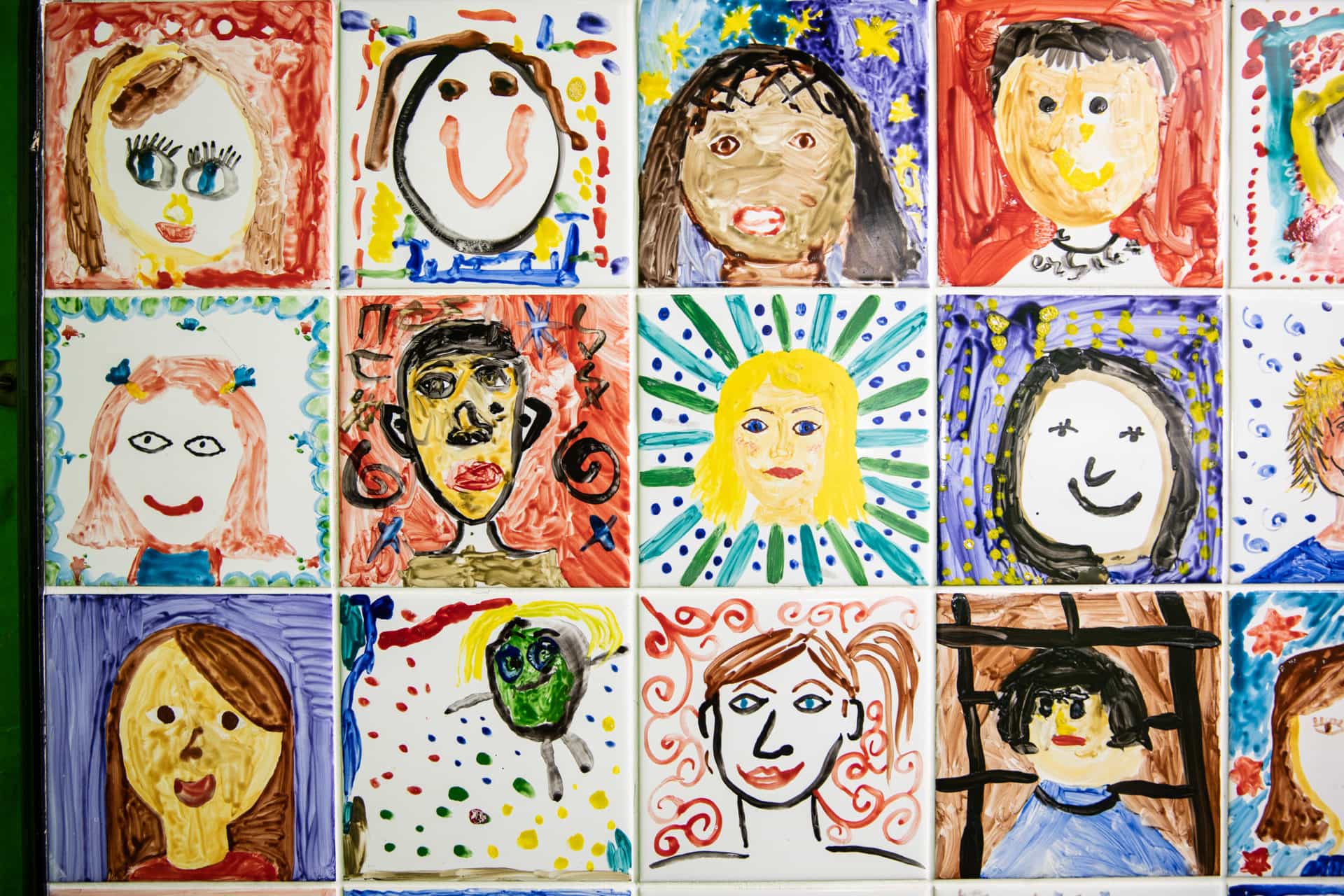 History Of The School

Soho Parish School is a great survivor. During the past 320 years there have been at least 16 schools in Soho, but this is the only one left.

In June 1884, ‘Boys in each class began to learn needlework, they are very awkward at present.’

In a letter to the school, Mr LW Lappin remembered the playground as it was in the early 1920s. There was a window belonging to the work men’s café next door and sometimes it would be open and the men would chat to the children and even give them pieces of cake.

In the 1930s, Mrs Peggy Bennett remembers that outside the school gates was a dairy and the milkman came round with a churn and his measuring jug hooked on the side. However they drank their morning milk from old fashioned bottles with cardboard lids and a hole for the straw. Sometimes they stood outside the Windmill Theatre. From one spot they could watch the girls coming down the stairs before going on stage.

As recently as the 1950s, another old boy recalls being on coal-scuttle duty and being required to visit the coal cellar for fresh fuel to add to the fires that were lit in every classroom. Although we now use central heating, those chimneys and many other period features remain as a testament to the rich and vibrant history of the school.

Three schools merged to form our modern school: St Anne’s was founded in 1699, St James’s in 1827 and St Peter’s in 1872. The school’s current location in Great Windmill Street originates from 1872, when it was St Peter’s (as carved on the outside walls). Each of these three schools began as charitable foundations dependent on voluntary giving.

In the 1870s the school in Soho provided regular medical and dental checks, something most poor people could not afford. Children also began to receive school meals, for many children the only hot food they would eat in a day. Many children came from immigrant families, Jewish at the beginning of the 20th century, then Italian, Chinese and Bangladeshi. There are now many other nationalities attending the school.

The responsibility for the school lay with the clergy of the various churches who chaired or sat on the committee of managers (now known as the school governors). Men such as Henry Cardwell, John Edward Kempe and Alfred Mozley had a major part to play.

Looking at pictures of these men it is easy to imagine them as stern and severe but the records show otherwise. Among the clergy of St Anne was the Rev Christie who ‘established the first Boys’ Club at St Anne’s and got someone to teach them to box. When Shaftesbury Avenue was first laid out, and before any of the houses were built, he planned, and joined in, a stocking-foot race down it one night after twelve o’clock.’ Another was recalled as ‘dear old Canon Wade, who was always genial and sympathetic, and ready to laugh heartily at any tale about the children’.

St Peter’s benefited from assistance by the Honourable Francis Hervey, a brilliant man destined for a top post in the civil service. In his twenties, despite becoming an MP, he visited the school weekly, sometimes daily.
But the real heroes and heroines were the host of dedicated teachers. Keeping the school running with inadequate staff in badly lighted overcrowded classrooms must have been a daily battle, but there were lighter moments.

In his book, Henry Cardwell included the memories of Miss Keen, headmistress of St Anne’s Infants. ‘Our walls are adorned with many bright pictures, on a shelf stands a noble horse with a real tail and mane, Dolly’s house and class cupboards with all sorts of pretty things are some of the attractions to induce babies to happy in their school’.

Taken From ‘A Village School In Soho: A History Of Soho Parish School (St James’s And St Peter’s)’. By Andrew R Guyatt

Over the past five years, the ‘clip joints’ (hostess bars) that used to surround the school have shut up shop. Major redevelopments such as the Firmdale hotel opposite and the arrival of more upmarket restaurants and bars have helped the area to lose its ‘seedy’ reputation.

The school has recently expanded, knocking through to the building next door, which has given us a new large sports hall, ICT room, library and office space. Despite this, our classrooms remain very small and cohort sizes are accordingly smaller than other state schools.

Due to our small classes, the school continues to suffer from limited financial resources, and as always through our history, the charitable work of the local community and churchgoers keeps the school surviving and thriving.